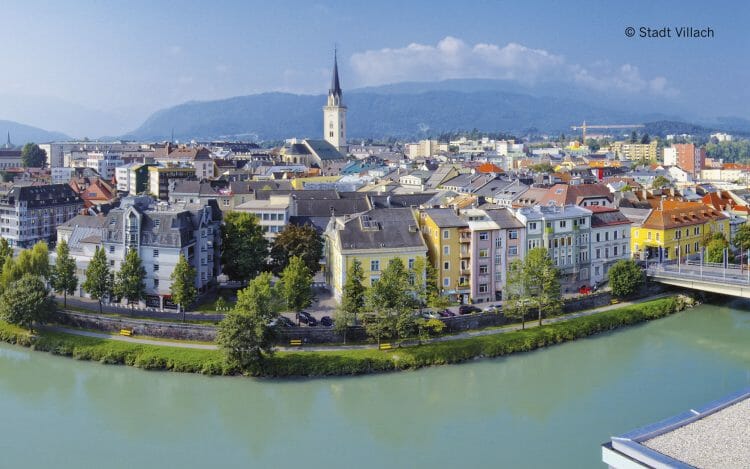 Villach not only provides a wonderful portion of “dolce vita”, but also guarantees a relaxed trip around town, enjoyable mountains views and a lake experience all in one. The second-largest town in Carinthia with over 60,000 inhabitants charms its visitors with a leisurely, southern Mediterranean way of life – perfect for gourmets, art enthusiasts, shopping fans and leisure seekers.

There are also several festivals throughout the year:
The carnival in Villach (which starts on November 11 and ends on March 4)
The arts and crafts festival (with self made goods)
Villacher Fasching (Carnival parades)
The streets-art festival (displays performances of artists and singers)
Perchtenlauf (parade of Krampuses) – in early December
Villacher Kirchtag (a festival spanning a whole week in summer and ends on August’s first Saturday.)
Performances on a floating stage on the Drau River